While most of the speculation around Apple’s efforts in the connected home center around HomeKit and how the Apple TV will or won’t become a connected home hub, the company continues to make adjustments to the mix of connected products it offers in its own retail storefront. And, as it turns out, the company has put a few more things on the menu to help make your kitchen a little smarter.

One such device is the Pryme Vessyl,  a smart cup that measures consumption of liquids through a volumetric sensor. The device is from the same company that gained notoriety on the Stephen Colbert show for the original Vessyl, which was intriguing because the company talked up a molecular sensor to detect ingredients in addition to a more pedestrian volumetric sensor. Still, while a volumetric sensing-only device is less intriguing than what was promised with the original Vessyl, it’s still an interesting addition to Apple’s smart kitchen lineup.

The more compelling addition to Apple’s in-store lineup is the Anova Wi-Fi immersion cooker. What makes the addition of the Anova cooker interesting it’s the first time Apple has added an actual cooking device in its stores. As I’ve written previously, sous vide is fast becoming the connected kitchen device du jour, and with the Anova circulator Apple now has a device that isn’t just about measuring – like the Vessyl Pryme or the Drop Smart Scale – but actually can prepare a meal. 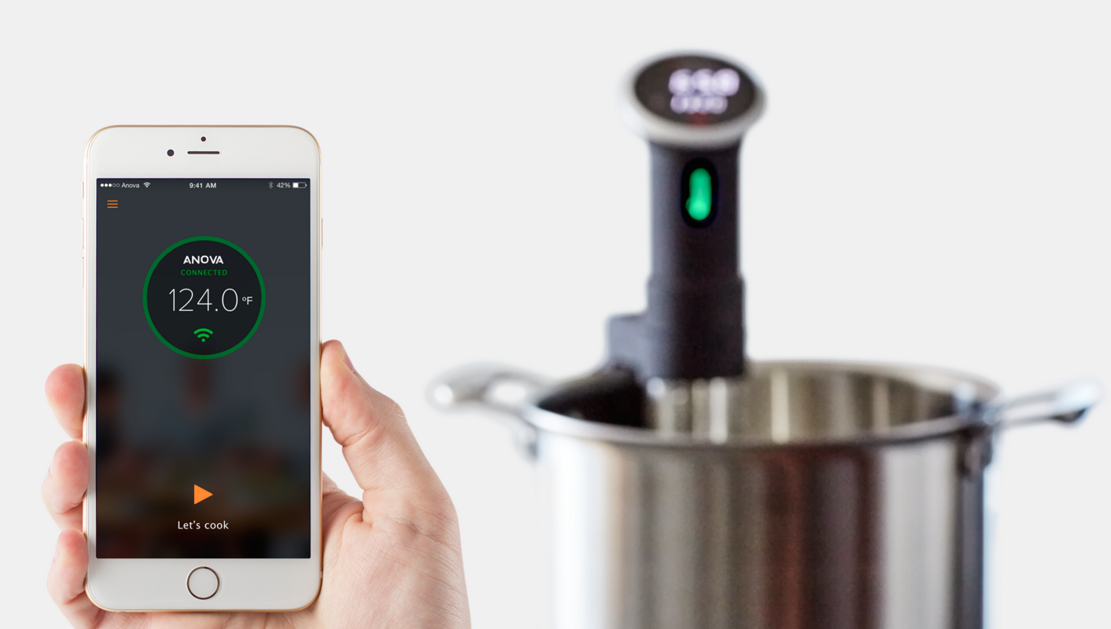 Will Apple Store add more to the connected kitchen lineup? My guess is it will, over time, but as with all things involving Apple and the smart home, the additions will likely be rolled out slowly, over time.  Neither of these new additions are HomeKit enabled, which in interesting in and of itself, but at this point HomeKit integration with kitchen devices doesn’t, at least in its current form, offer a lot of added benefits for the user.

That will probably change too.

Info thanks to Forbes